While the DP World Tour has enjoyed a return to some sort of normalcy in recent months, their worldwide schedule has taken another hit with news of the cancellation of the Hero Indian Open and Volvo China Open due to ongoing COVID restrictions.

The Indian Open was due to be rescheduled to a date later this year, however, organisers have now wisely decided to put plans in place for 2023 with India recording over 2 million cases in the past week alone. 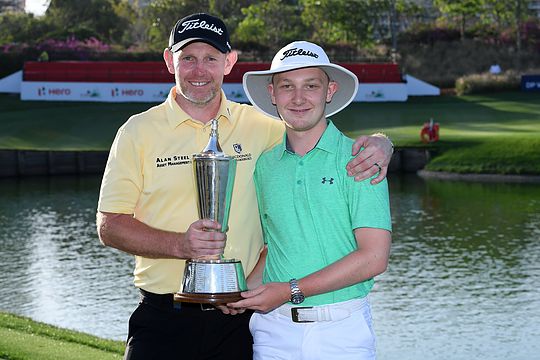 Stephen Gallacher pictured with his son Jack won the Indian Open when it was last played in 2019 (Credit: European Tour)

Meanwhile, the Volvo China Open has become another victim of China’s strict zero-COVID policy, which has seen the communist giant playing an endless game of whack-a-mole with the Omicron variant across its vast country.

The China Open, which was due to be played in late April, is expected to be return to the DP World Tour schedule towards the end of 2022 or early 2023.

Both tournaments were last played as co-sanctioned European Tour events in 2019 due to the pandemic with the China Open playing under the China Tour banner in 2020 and 2021.