When will it all end? Golfers just seem to be getting richer and richer…provided, of course, they can make it onto the world’s biggest golf tours. 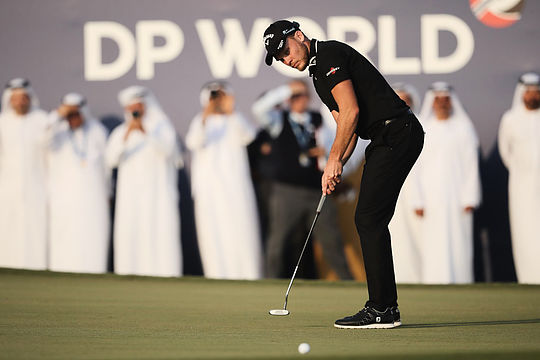 That will make it the richest prize in tournament golf with the winner to take home an incredible US$3 million.

That is up from the ‘lowly’ US$1.33m that Englishman Danny Willett took home from last year’s tournament.

And in further news that should attract an even-stronger field – if that is possible – this Rolex Series event will also feature an even more exclusive player field than before as it will be reduced from 60 to just the top 50 players on the European Tour’s Race to Dubai.

The creation of the largest first prize in the history of golf was one of several changes announced, including an amendment to the US$5m Race to Dubai bonus pool.

That will now be divided among the top five players in the Race to Dubai instead of the top 10, with the 2019 winner claiming US$2m, a hefty rise from the US$1.25m that Open champion Francesco Molinari took home last year.

The changes effectively mean one player could potentially leave Jumeirah Golf Estates US$5m richer if they win both the DP World Tour Championship as well as the Race to Dubai.

The two Rolex Series events preceding the DP World Tour Championship on the schedule – the Turkish Airlines Open from November 7-10 and the Nedbank Golf Challenge, presented by Gary Player from November 14-17 – have also seen their first prizes significantly increased.