Drewitt all class at NSW Amateur

Brett Drewitt loves match play and the defending champion looks every bit the player to defeat at the NSW Amateur Championship being played at Royal Sydney.

Drewitt is through to the quarter-finals following solid wins over Ricky Kato, 1-up, in the opening round and a 2&1 win in his afternoon match against Steven Vail. 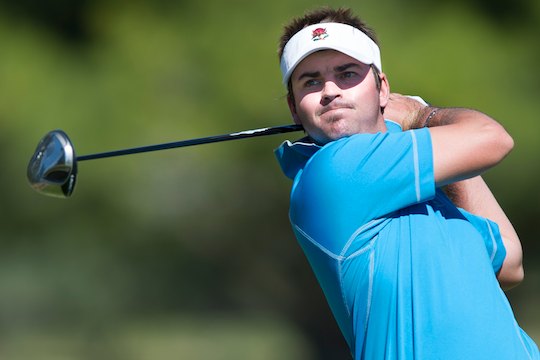 Last week Drewitt played superb golf at the Lake Macquarie Amateur, including a course record opening round 63, and the world number 37 has certainly brought his ‘A’ game this week to Royal Sydney.

Drewitt is due for a win to add to his three previous major amateur wins, including the 2010 Queensland Amateur, the 109th Pacific Northwest Amateur Championship in the US, as well as the 2012 NSW Amateur, which were all match play events.

Last year Drewitt held off a determined Michael Lambert with a 1-up victory to win this championship. 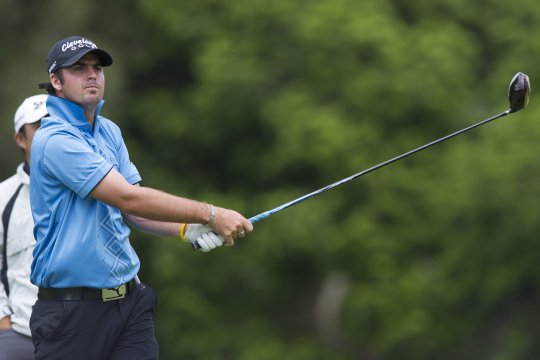 Brett Drewitt follows his drive on the 16th during the first round of the NSW Amateur at Royal Sydney (Photo: Anthony Powter)

Lambert, a former touring professional, accounted for Todd Sinnott in the first round, 1-up, only to see his championship end at the hands of England’s Greg Porteous, 2&1.

The Englishman will meet Adam Downton in tomorrow’s quarter-final after Downton accounted for the talented and former Australian Junior amateur champion Jake McLeod, 2&1.

Ruben Sondjaja, playing in the top-half of the draw, will meet the big hitting Troy Moses in the quarter-final after Sondjaja accounted for Cameron Davis 2&1 in the second round.

Moses earlier accounted for Luke Humphries 3&2, after Humphries had disposed of the top-seed, Thomas Horan, 2&1 in the opening round.

The final match of the day went down the 19th with Ben Eccles eventually taking the match from Daniel Gale.

Gale will meet Drewitt in the morning quarter-final match and Drewitt should progress to a possible semi-final encounter with England’s Neil Raymond.