Brett Drewitt has secured another top-10 on the Korn Ferry Tour with a tied 6th result at the Country Club de Bogota Championship in Colombia. The result is Drewitt’s second consecutive top-10 finish after a tie 7th at the Panama Championship.

Drewitt, 29, moves to 17th in the seasons standings as he pursues his second professional title and first Korn Ferry Tour win. Having started the 2020 season with two missed cuts, Drewitt has found recent form and in the process banked $US40,942 from the last fortnight. 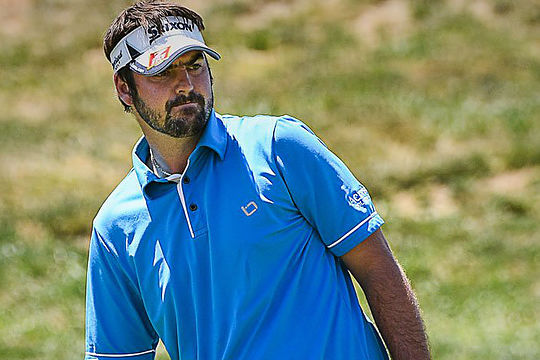 Four shots back to start the final round, Mito Periera carded a final-round 64 with a 72nd-hole eagle to win the tournament by two over American Ben Kholes.

The hard work throughout the season obviously making the difference.

“I worked really hard in 2019,” said Periera. “I went back to the PGA Tour Latinoamérica and finished in the top-10 at Q-School, I finished one place outside the top-40. I think it was better to finish 41st at Q-School. It was better to come out here and finish third and then win, instead of finishing in the top-40 and not having to play as well.”

Jamie Arnold was the next best Australian moving 12 places with a closing 66 to finish in a share of 12th position at 13-under-par.

Harrison Endycott also made a final round move firing a 68 to jump 12 spots to share a tie for 45th position to be the other Aussie to make the weekend.

Ryan Ruffels missed the 4-under-par cut by a stroke with Curtis Luck also missing the weekend.

Steven Bowditch’s woes continue with rounds of 77-75 to be well off cut. Bowditch has not made a cut this season from his four starts and retains a current scoring average of 75.75.