Drewitt holds the Glenelg course record after shooting a seven under par 64 in round two last year before claiming the Championship by four strokes ahead of fellow New South Welshman, Daniel Bringolf. 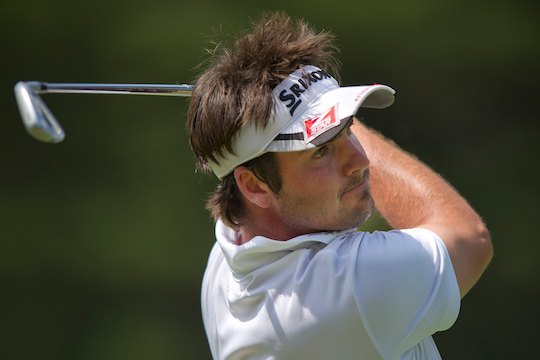 Having recently tasted success at the NSW Amateur championship, Drewitt starts as one of the favourites for this event but will have his work cut out for him with many of Australia’s best amateurs attending.

Daniel Nisbet is returning to South Australia for the first time since his emphatic 2009 victory, when he finished 13-under, three strokes ahead of recent US Masters participant Bryden Macpherson.

Nisbet, ranked 51st in the world, has already tasted National Ranking success this year claiming the Lake Macquarie Amateur in January and in February was runner-up to Germany’s Marcel Schneider at the Australian Amateur.

Nathan Holman is another to follow, along with Matt Stieger.

Stieger was instrumental in St Michael’s Pennant Flag win a few weeks back in the Sydney Metropolitan Pennant Series where the former Australian Amateur champion played the top order position with considerable success.

Stieger has announced that he intends to turn professional at the conclusion of this season and is no doubt looking to take as many amateur titles with him before entering the paid ranks.

Holman won the season’s opening event at the Master of the Amateurs against a world class field that included US Amateur champion Kelly Kraft, Corbin Mills and Derek Ernst.

Holman is coming off a top-10 finish at the Riversdale Cup and will be looking to get inside the world’s top-50 before returning to play the main US amateur events.

The incentive for those players inside the world top-50 are automatic starts in the US Amateur and invites to the more prized events such as the Western Amateur and Porter Cup. Holman is currently ranked 140th and will need to make his move to secure the desired world ranking.

The men’s field features thirteen of the top-20 Australian ranked players. Of the 90 men’s entrants, 59 players currently hold handicaps of scratch or better with Daniel Nisbet the lowest marker on +4.6.