Brett Drewitt and Dimi Papadatos have started their US tour off with a tied 4th finish at the Sahalee Players Championship in Sammamish, Washington.

Drewitt is the last Australian amateur to win in the US with his victory at the 2010 Pacific Northwest Amateur and returned here with a victory this season at the NSW Amateur. 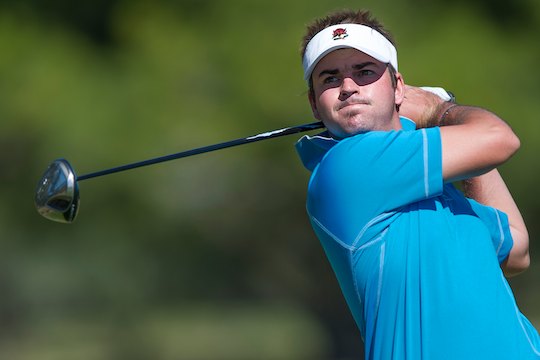 Rounds of 73-72-67-72 to finish at 6-under-par along with Papadatos who carded 69-67-73-73, had the Australians three behind the leaders Kevin Penner, Ben Geyer and Chris Williams.

Penner, who plays out of Las Vegas, birdied the 72nd hole to get into a three-way playoff and outlasted his fellow countrymen to secure his first top US amateur title.

The Sahalee Players Championship was the first big hit out for the Australian contingent.

Papadatos and Ryan McCarthy have been based here for a few weeks, electing not to compete in the UK and focus upon their preparation for this US season.

Five Australians contested the event in Washington with Daniel Nisbet finishing in a tie for 22nd position at 6-over-par after rounds of 72-70-74-78.

Matt Stieger and Ben Clementson will be aiming to improve on their opening US result with the pair finishing at 13-over-par and in a tie for 37th position.

Clementson’s second round of 66 was the equal low-round for the championship and is a glimpse of the form that has provided solid performances this Australian summer, including being part of the winning NSW Interstate Team at Royal Adelaide.

The Australians move this week to contest the Players Amateur at Berkeley Hall in Bluffton in South Carolina.

With twelve Australians teeing up, including Nathan Holman, Todd Sinnott, Jake Higginbottom, Cameron Smith and Rory Bourke, it will be the first occasion this season in a US tournament with a full Australian contingent.