Aussie Brett Drewitt has secured a top-10 result in the Panama Championship on the Korn Ferry Tour finishing in a share of 7th position after a final round 66 moved the 29-year-old sixteen places up the leaderboard.

Drewitt finished at 7-under-par, three strokes behind the winner, American Davis Riley. It was Drewitt’s first top-10 result for the season and sees him move to 32nd on the Tour’s standings. It was also his best result here after making five top-25 finishes in 2019. 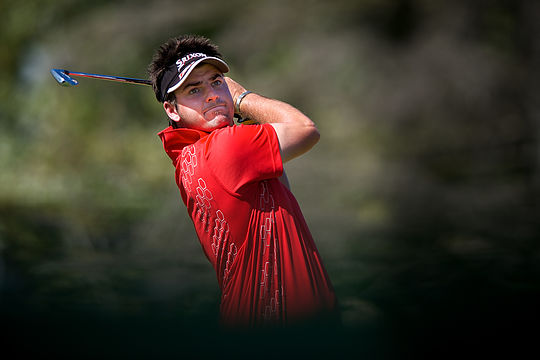 Drewitt has played the Korn Ferry Tour since 2015 and in 2017 had status on the PGA Tour after a stellar 2016 season on the secondary tour which included a runner-up finish at the BMW Charity Pro-Am and nine additional top-10s and 15 cuts made to finish 33rd in the final priority-ranking order.

Ryan Ruffels also secured a top-15 result finishing 5-under-par, with Harrison Endycott rounding out the Aussies to make the weekend sharing 60th position at 2-over.

Ruffels, 21, has made the cut in all three Korn Ferry Tour events this season which includes two top-25 finishes to be currently ranked 17th in the standings.

Ruffels turned professional in 2016 at 17 and played in six PGA Tour Latinoamerica tournaments, making five cuts and recording four top-10s to finish 22nd on the Order of Merit. He also received invitations that year to play in seven PGA Tour tournaments, making the cut in four, a T20 at the Zurich Classic of New Orleans his best result.

After banking US$134,802 in Tour prize money, Ruffels came up just short of earning enough points to qualify for the Korn Ferry Tour Finals.

Since that time, he has played his way onto the secondary tour through a strong 2019 on PGA Tour Latinoamerica circuit playing in 15 tournaments, making 12 cuts and recording five top-10s finishes.

Matthew Goggin and Steven Bowditch missed the cut with Bowditch opening with a 75-72 to be at 7-over-par.