It’s a gruelling way to get into a tournament but sometimes that’s your only choice and that was the case for Australia’s Brett Drewitt.

The 28-year-old, who hails from country NSW, lined up at Springfield Country Club in Springfield, Ohio for a chance to qualify for his first major. 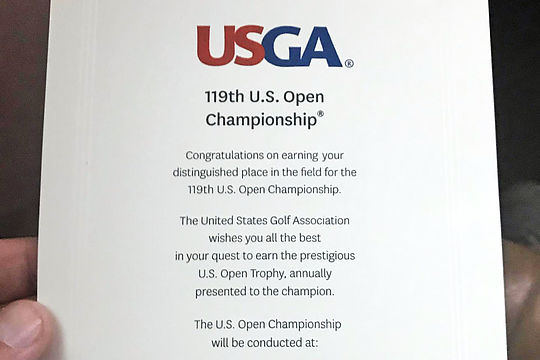 Drewitt fired rounds of 67 and 69 to finish tied with Joo-Young Lee at 4-under and was forced to a playoff, which he won.

“It wasn’t a dream! I’m on my way to #pebblebeach for the @usopen Excited for my first major and couldn’t make my first one in a more special place,” tweeted Drewitt.

Australia’s Lucas Herbert missed a chance at a playoff at the same venue by a shot at 3-under.