The Men’s and Women’s Australian Opens will be played alongside each other at Victoria and Kingston Heath Golf Clubs starting tomorrow morning in what is a first for the championships.

The original format for each event has been altered with the women’s field cut to 108 and the men’s increasing to 156. 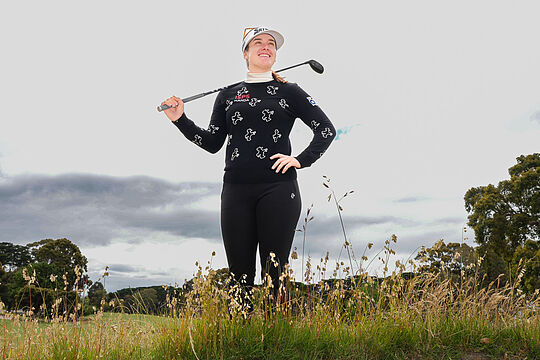 Despite fewer players entering, the women’s field includes the two top-ranked Australian players who are both Major champions, Minjee Lee and Hannah Green, as well as five-time winner in Karrie Webb.

“My first Australian Open was at Grange when I was an amateur and I came top-20,” said World No.20 Hannah Green.

“Since then I’ve had some good results. I had a third place finish a few years ago. I feel like it’s such a hard trophy to win here at home but it’s definitely one I’m looking forward to and I’ll try and get my hands on it this week.”

It has been a three year hiatus for the Australian Open with Matt Jones winning the event the last time it was staged at The Australian Golf Club in December 2019.

In a first for the sport, the 2022 championships feature the men’s and women’s Opens played on the same course at the same time. Each field will share a prize fund of A$1,700,00 and the European Tour will sanction the men’s event for the first time.

Men and women will be playing in alternating groups across both courses over the first two days, then Victoria Golf Club only on the weekend.