East meets West as Asian Swing moved to US

The COVID-19 pandemic has claimed more tournaments with the news that the PGA Tour’s Asian Swing in October will be forced to move to the US or cancel some of its events. 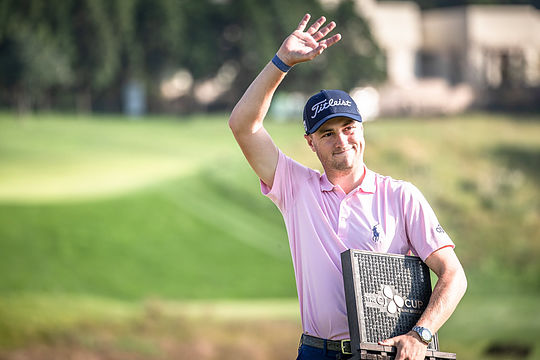 Shadow Creek, which is owned by casino mogul Steve Wynn, previously played host to the The Match: Tiger vs Phil in 2018.

The rescheduled CJ Cup will make it a two-week stretch in the casino city with players already scheduled to be in town for the annual Shriners Hospitals for Children Open at TPC Summerlin from October 8th.

Normally this early part of the wraparound season is a chance for the lesser known players to mark an early mark on the PGA Tour but with so many important tournaments rescheduled until later in the year, the world’s best will be using these tournaments to keep their games in shape leading up to the Masters in early November.

“While our players have always looked forward to visiting Korea, the current circumstances provided this new opportunity to bring the event to Las Vegas which will also provide brand exposure and awareness to the viewing audience in the United States and around the globe,” said the PGA Tour’s Ty Votaw.

“We are thankful for the partnership and support that CJ Group and the Korean PGA have shown in view of the circumstances. We are confident this year’s event will showcase a stellar field while bringing the CJ Group’s brand values to a new time zone.”

However with Japan’s borders closed to all but essential business, the tournament also seems likely to make a move to the US for this year.

Rumours suggest the location will be the Sherwood Country Club in Thousand Oaks, California but that has yet to be officially confirmed.

The last and perhaps biggest of the three tournament is the WGC-HSBC Champions, which was won last year by Rory McIlroy.

With the event taking place in China and the government cancelling all sporting events some months ago, the removal of the event from the PGA Tour schedule seems like a foregone conclusion.