Eight Aussies make it through at British Amateur

Harrison Endycott carded three birdies on the back nine on his way to a 65 at Royal St George’s to finish at 7-under-par and the leading Aussie qualifier at the 2017 British Amateur Championship.

Endycott, who was part of the winning Australian team in last year’s Eisenhower Trophy at the World Amateur Team Championships in Mexico, finished the qualification series in a share of 4th position, his closing round jumping him 32 places in the field after he opened with a 70 at Prince’s Golf Club. 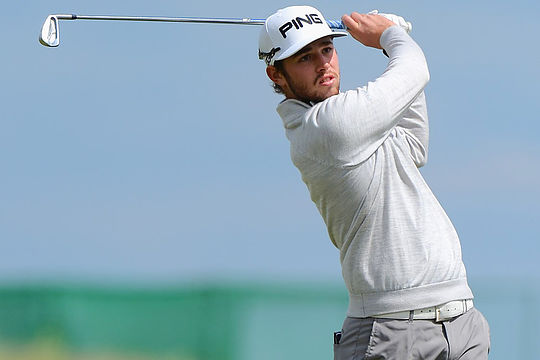 Zach Murray, who opened with the day’s low round 66 at Royal St George’s, carded a second round 70 at Prince’s to be the next best Aussie finishing with a 6-under-par total and share of 6th position.

In total, eight of the eighteen Australians qualified for the top-64 match play positions that will be contested at Royal St George’s from Wednesday.

Travis Smyth fired rounds of 69-68 to share 11th position at 5-under along with Ben Ferguson and US Junior champion Min Woo Lee.

Micheluzzi will play Ireland’s Paul McBride, a US collegiate player currently ranked 74th in the R&A world ranking in the first round. Windred, ranked 121st, will meet Paul Chaplet from Costa Rica, with Chaplet ranked 395th and the reigning Central American and South American champion.

Thankfully no Aussies have been seeded in the second round to meet each other, however, Ben Ferguson potentially could face a fellow countryman depending upon the first round results.

Min Woo Lee will play Ireland’s Conor O’Rourke, ranked 260th in the R&A rankings who won the 2016 St Andrews Links trophy and was medallist at the West of Ireland Amateur.

Zach Murray is set to met Andres Gallegos ranked 348th in the R&A rankings who recently won the North Open Amateur in Argentina and was finalist at the 2017 Argentina Amateur.

Dylan Perry will play Germany’s Hurly Long, who is based in the US Collegiate system and won the 2016 German International Amateur as well as being a member of the German Eisenhower team.

Harrison Endycott will meet Lars Keunen from the Netherlands, who won the 2016 Dutch Stroke Amateur and is ranked 875th.

Travis Smyth is set to play Perry Cohen from Switzerland ranked 472nd under the R&A rankings and another product of the US Collegiate system. Cohen’s best international result is a tied 7th at the 2016 Pacific Coast Amateur (USA).

Caolan Rafferty led the way after the second stroke play qualifying round with the 25-year-old Irishman carded a 10-under-par 62 to match Kevin McAlpine’s Amateur Championship qualifying score on the Old Course at St Andrews in 2004.

Rafferty also broke the course record of 64 at Prince’s set yesterday by Gisli Sveinbergsson and finished the two round qualification series a shot clear of Italy’s Alberto Castagnara.