The 118th US Amateur Championship gets underway tomorrow at the Pebble Beach Golf Links and Spyglass Hills in Pebble Beach, California. 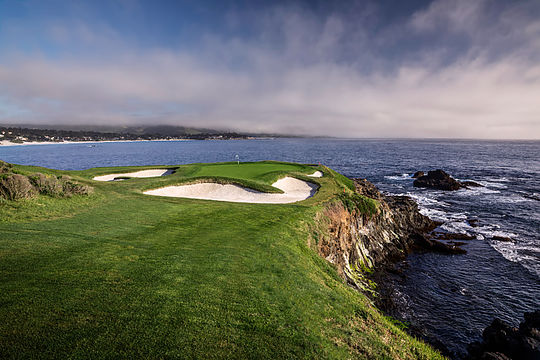 A field of 312 players will play 18 holes of stroke play on 13-14 August, one round on each of the two qualifying courses, after which the field will be cut to the low 64 scorers. Six rounds of match play begin on 15th August and the championship concludes with a 36-hole championship match on 19th August.

The last occasion the championship was held at Pebble Beach was in 1999 when David Gusset defeated Sun Yoo Kim, 9&8.

Lee, 20, is competing in his third consecutive US Amateur and fifth USGA championship and will spearhead the Aussie challenge. He defeated Noah Goodwin, 2 and 1, in the 36-hole final to win the 2016 US Junior Amateur.

The average age of the field is 22 years with American Paul Simpson the oldest at 67 years and Gaven Lane the youngest at 14 years.

The US Amateur Championship is the oldest golf championship in America, one day older than the US Open. Throughout its history, the US Amateur has arguably become the most prestigious of all amateur titles.

The Champion receives an exemption for next year’s US Open and The Open Championship and a likely invitation to the next Masters tournament. They also receive an exemption to next year’s US Amateur, which will be played at Pinehurst Resort & Country Club, Village of Pinehurst.