The stories of celebration keep on coming following Adam Scott’s playoff victory over Argentina’s Angel Cabrera at the Masters Tournament.

Champions Tour rookie, Steve Elkington, was like every other Australian around the world, a nervous wreck watching the Australians battle it out for our first green jacket. 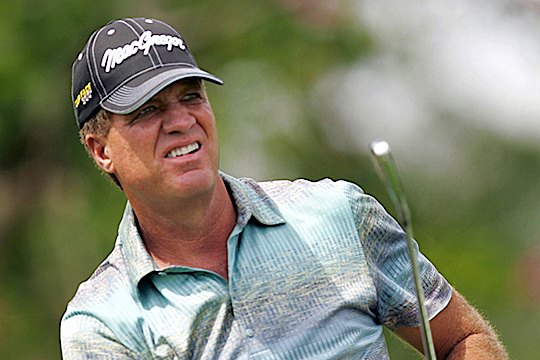 Just when it looked like Scott had one arm in the green jacket with his ‘C’mon Aussie’ birdie on the 18th, the hoodoo looked like continuing at the hands of Cabrera.

“Cabrera’s shot on 18, that to me was one of the greatest shots I’ve ever seen, and all of a sudden it looked like we (Australians) might not have the Masters,” Elkington said.

However when Scott finally prevailed, the Houston resident celebrated in style with a bottle of 1986 Penfolds Grange and a big steak.

“It’s one of the best bottles of all time,” said Australia’s last PGA champion (in 1995) of his toast to Australia’s first Masters champion.

“I’d been saving it up for a special occasion.”

“I’ve known Adam for a long time and I didn’t think he would be able to come back from last year to be honest.” he added, in reference to the disappointment of losing the Open Championship to Ernie Els.

“It’s an incredible achievement for a small country.”