Els, Furyk given exemptions to play 2018 US Open

A streak lasting more than two decades will remain unbroken for two-time US Open champion Ernie Els and 2003 US Open champion Jim Furyk after receiving special exemptions from the USGA into the 2018 US Open Championship at Shinnecock Hills Golf Club in New York from June 14-17. 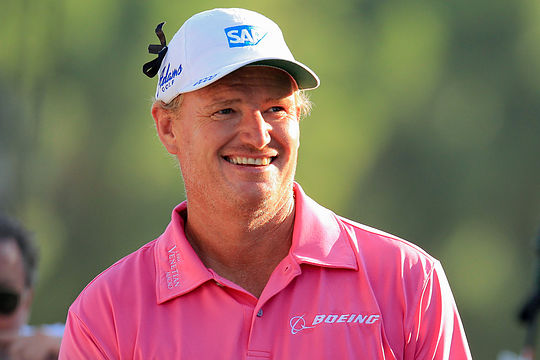 Furyk won his 2003 US Open title at Olympia Fields Country Club. Els will compete in his 26th consecutive US Open, while Furyk will make his 24th Open start and his 23rd in a row.

“It’s a thrill and I’m very grateful to the USGA,” said Els, who is one of 18 players to win multiple US Opens.

“Obviously, the US Open means a lot to me. This is kind of where it all started, you might say. Winning at Oakmont at the age of 24, as I’ve said before it was almost like a shock the way it happened. I still thought I had some steps to climb to get there.”

“Then ’97 was just a very, very special week, winning in the nation’s capital, and that set me up for a really great year. For me there are so many wonderful memories from US Opens and it’s exciting to be able to keep that story going.”

Furyk was three strokes better than Australia’s Stephen Leaney in his 2003 victory. He finished at 8-under 272, which tied the US Open scoring record and has since been broken by Rory McIlroy (2011).

Furyk opened with rounds of 67-66-67 to establish the 54-hole scoring mark (also eclipsed by McIlroy in 2011) and entered the final round leading by three strokes.

Els and Furyk are the first players to receive special exemptions into the US Open since Retief Goosen in 2016. Prior to Goosen, Tom Watson and Vijay Singh were awarded exemptions in 2010.

Hale Irwin is the lone player to win the US Open playing on a special exemption, doing so in a memorable 19-hole playoff over Mike Donald in 1990 at Medinah Country Club to claim his third US Open title.