Brett Drewitt has strengthened his chances of progressing to the PGA Tour following a strong performance on Sunday at the Wichita Open on the Korn Ferry Tour.

Drewitt finished in a share of 3rd position at 18-under-par, two strokes short of the eventual winner, England’s Harry Hall. 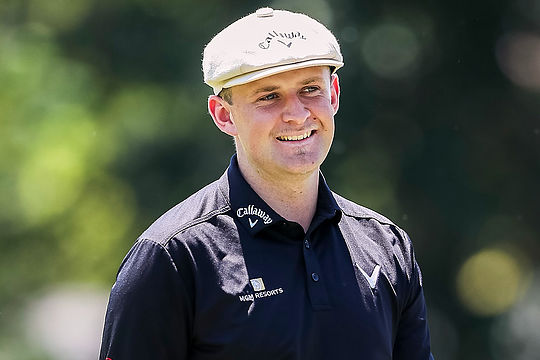 The result was Drewitt’s fifth top-10 finish and moved the 30-year-old to 23rd on the season rankings, inside the all-important top-25 who gain promotion to the PGA Tour come season end.

Back in September last year Drewitt celebrated his first victory in 116 starts on the Korn Ferry Tour winning the Lincoln Land Championship.

If there is one trait with Drewitt, it is his determination and persistence which has seen him continue to push through where others would have folded. In late April he finished 3rd at the Veritex Bank Championship only to miss the cut in four of his next six starts.

In 2017 Drewitt played 19 events on the PGA Tour, making the cut in nine before finishing 196th on the standings. He knows what it takes to be on the main stage and has been grinding it out on the Korn Ferry Tour in a bid to return to where he knows he belongs.

Rhein Gibson was the next best placed Aussie moving 14 places with a closing 65 to share 13th position for his best finish to date this season.

Drewitt is currently the only Aussie inside the top-25, with Curtis Luck the next placed Australian at 55th, then Harrison Endycott at 72nd with the top-75 qualifying for the Korn Ferry Finals.

Coletta narrowly sits outside the top-75 in 77th position and with a good result forthcoming should move inside the desired number. Ryan Ruffels sits currently at 84th, with Jamie Arnold at 106th.