English teaches the field a lesson at Mayakoba

American Harris English produced a superb final round of 65 to win the rain-affected OHL Classic at Mayakoba with a 21-under-par total for a four stroke winning margin from fellow countryman, Brian Stuard.

Jason Bohn, Chris Stroud and Rory Sabbatini were a shot further back and shared third at 16-under. 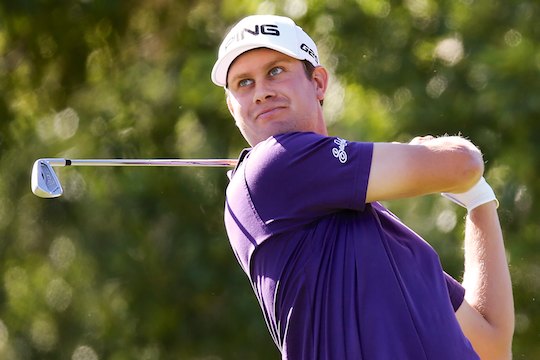 It was the 24-year-old’s second PGA Tour victory, his first coming at the St Jude Classic in Memphis five months ago. English and Rory McIlroy are the only current players under 25 with multiple PGA Tour victories.

English moved into contention in the second round, matching the lowest round of his tour career with a 62.

“I guess I found something in my swing – a little swing key that helping me out,” English said.

“I hit the ball really well all week. It got a little windy the first two days and I struggled a bit with my driver, but I found it down the stretch.”

English entered the week in Mexico with 13 of 14 rounds of par or better to start this season with his best finish in three previous starts, a tied 7th at the CIMB Classic.

English attributed his bogey-free 62 on Saturday to switching back to the Ping putter he used in college. English took just 24 putts in the second round.

“I’ve been putting good all week,” he said. “That’s been my strength so I’d like to keep it rolling.”

As an amateur, English won the Nationwide Children’s Hospital Invitational. He was only the third amateur to win on the Nationwide Tour at the time, following Daniel Summerhays in 2007 and Russell Henley in 2011.

English earned his PGA Tour card in 2012 by finishing in a tie for 13th at the PGA Tour Qualifying Tournament. His best result in a major was at this year’s Open Championship where he finished in a tie for 15th.

Robert Allenby finished the best of the Australians in Mexico at 16th with Matt Jones the next best in 31st position.

Scott Gardiner closed at 7-under for a tie of 36th position, whilst Greg Chalmers and John Senden made the weekend only to finish well down the leaderboard in a tie for 60th and 65th respectively.