England’s Justin Rose had every reason to be disappointed after letting slip victory in the Emirates Australian Open in Sydney.

The world number four shared the lead with Australia’s Peter Senior on three under par with eight holes remaining in blustery and cold conditions over the inward nine on The Lakes course. 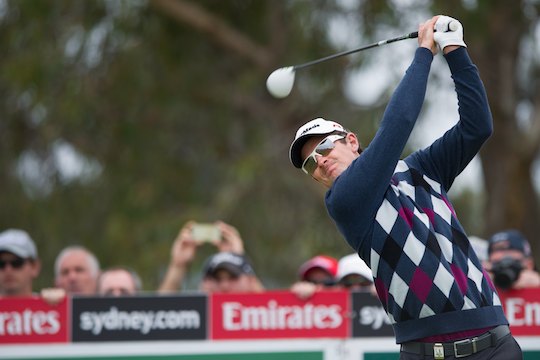 Rose, competing in only his second Australian Open since making his debut in 1998, eventually carded a final round 76 to share fourth place on one under par and three behind Senior.

Senior, 53 created history in becoming the oldest-ever winner of the Emirates Australian Open title and 10 years older than when the 43-year-old Peter Thomson, already a winner of five Open Championships, won the title in 1972 at the Kooyonga Club in Adelaide.

Rose was returning to South Africa with his wife, Kate to pick up their children at his mother’s house ahead of returning to Florida for Christmas and New Year celebrations.

“I pretty much stayed in the hunt all day but all credit to Peter as he played really well and deserves to win,” said Rose

“But on a hard day like today in very hard conditions it’s very difficult to be hard on myself.

“It’s been a fantastic year winning the WGC – Cadillac Championship, being a member of the winning Ryder Cup side, winning the Turkish Airlines World Golf Final and then posting a new course record last fortnight in Dubai to finish second to Rory (McIlroy).

“So while it’s been a long year, it’s been an extremely rewarding year.”

“I’m now going to have a few beers in Sydney to celebrate what’s been a very good season.”

Rose’s first events of 2013 will be the Abu Dhabi HSBC Championship and the following week’s Commercial Bank Qatar Masters in Doha. It will be his fifth appearance in the Qatar capital and a first in four years where he will be looking to make the cut for a first time.

He revealed he will then take a good break off before resuming for the February 20th commencing WGC – Accenture Match-Play Championship.