As we sit watching the US Open, the thought has most likely occurred to many of us – what could we shoot around a course that is set up for the US Open?

Each course for the US Open is almost always the most gruelling major setup on the golfing calendar each year. The best players on the planet are often brought to their knees and even temporarily lose their minds…yes I’m looking at you, Phil Mickelson.

So Erik Anders Lang, who hosts a popular YouTube golf show, thought he would take on the iconic Pebble Beach at its toughest and also try to break 90 in the process.

“The concept was ‘Can we break 90 based on the U.S. Open layout with trimmed down fairways and thick rough around the small, quick greens’. Plus we had to deal with the sheer length of it all. It was my third time playing Pebble but my first time really playing under severe circumstances,” said Lang. 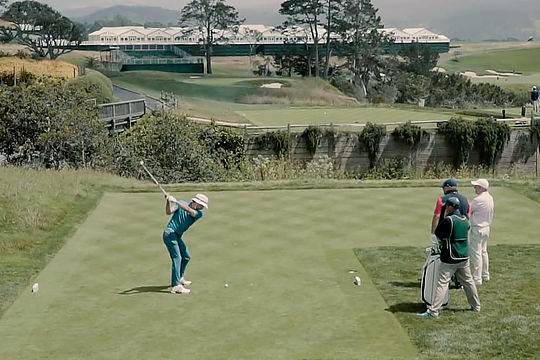 “You’ve got a lot of real challenges both mentally and physically. It is something that I’ll look back on. I’ll always think that I could have done better and I’d like to see if I can do better.”

“But I think in the end it had a very positive impact on my game lending me confidence in being like, ‘I can do this’. I just have to come in with a slightly different mindset.”

Did he do it? Click on the video to see how Lang went in his quest to break 90 at Pebble Beach.