Ernst cruises to five-shot victory in LPGA Drive On

Austin Ernst won the Drive On Championship on Sunday for her third LPGA Tour title, with a five stroke win over former NCAA champion Jennifer Kupcho at Golden Ocala in Florida.

Tied for the lead with Kupcho after each of the first two rounds and a stroke ahead entering the final day, Ernst closed with a 2-under 70 to finish the wire-to-wire victory at 15-under and move into third place in the Race to the CME Globe. 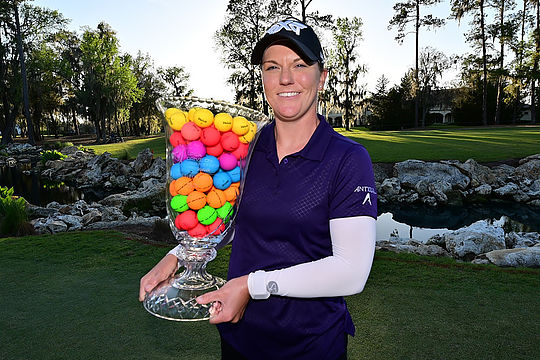 “I think this week proved that it’s more than good enough,” said Ernst. “It was fun to walk up and know that I was going to win. I haven’t had that yet, so that was fun.”

Ernst certainly is one of the more consistent players on the LPGA Tour. During 2020 she made 14 cuts from 17 starts, recording four top-10 results including a win at the Walmart NW Arkansas Championship where in the final round, she shot 8-under 63 for a two-stroke victory over Anna Nordqvist.

In 2014, Ernst won the Portland Classic on the first playoff hole over In-Kyung Kim for her maiden LPGA Tour victory. As an amateur Ernst was a semifinalist at the 2011 US Women’s Amateur and was a member of the 2012 US Curtis Cup Team.

Sarah Kemp was the best of the Australians finishing in a share of 34th position. Katherine Kirk finished in a tie for 48th position to be the only other Aussie to make the weekend.