Europe not panicking about Ryder Cup just yet

Ryder Cup captaincy selection committee member David Howell insists Europe will not be reaching for the panic button in the wake of a dominating American Ryder Cup team victory.

Howell, who is also chair of the Players Advisory Committee, was on the committee that in January 2019 voted Padraig Harrington to lead Europe and will also be involved in the process later this year to choose a successor. 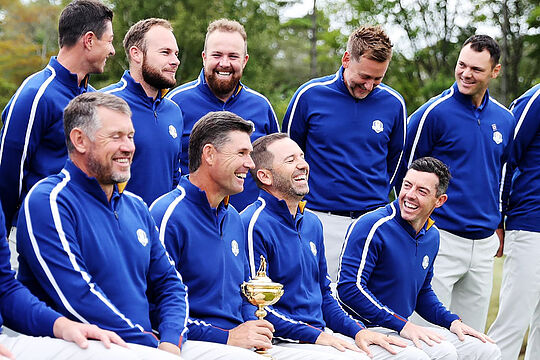 The 46-year-old was present at Whistling Straits and joined the Europeans on the flight back across ‘The Pond’ before making his way to St. Andrews for this week’s 20th anniversary hosting of the Alfred Dunhill Links Championship.

“At end of the day, it was more to do with the brilliance of their performance rather than anything our team did wrong. They just outplayed us.”

“They just looked like a college team without any fear, worry or stress. There was no scar tissue. They were all surging towards the top of the world rankings, they are making gazilions each year.”

“They feel like they are the best players in the world. They are youngsters. They are major winners. It’s all been an upward trend apart from maybe Jordan (Spieth), who has had his little blip but has come back and is also feeling good about life.”

“Yeah, it’s the team you would want and they performed exactly as you thought they might.”

And as for talk of a 10-year US domination of the Ryder Cup?

“There were a lot of top players that weren’t there. [Francesco] Molinari, [Martin] Kaymer, who won at Whistling Straits, for goodness sake, (Henrik) Stenson, (Justin) Rose, all not in the side.”

“Big, big players and big characters that any side is going to miss collectively.”

Sweden’s Alex Noren, who was a member of the victorious Versailles winning 2018 team, singled out the overwhelming local US support that also proved so beneficial to Steve Stricker’s side.

“Clearly, having a home crowd advantage last week was more than any other Ryder Cup given there were just so few European team supporters”, said Noren, speaking also from St. Andrews.

“I still think the US would have won anyway but, as we saw last week, having the home out in such numbers definitely was worth a few points to the Americans.”

“It was like having an extra two or three clubs in the bag and especially when you headed into each of the remaining four sessions after leading from Friday morning.”

“It just makes a huge difference when you are leading each session and everything was going the way of the Americans, so they were able to build on each session and also with the massive crowd support their team enjoyed.