European team taken “out of context” in new video

You really have to hand it to the European Tour when it comes to social media. Unlike the Americans, they get it.

We’ve seen a raft of entertaining videos over the years from an 9-year-old Billy Jenkins interviewing the European stars to the Molliwood bromance at the 2018 Ryder Cup and who could forget the 500 attempts at a hole-in-one amongst many other highlights.

While the PGA Tour resorts to a weekly feed of poorly-edited highlights, quite often missing the actual highlights, the European Tour looks outside the box for something little more engaging.

And you can be sure this week’s “Out Of Context” video is along way outside that box and that’s what makes it so good. The video is a clever mashup of audio snippets from European Tour commentary reimagined into a different context with the help of animation. 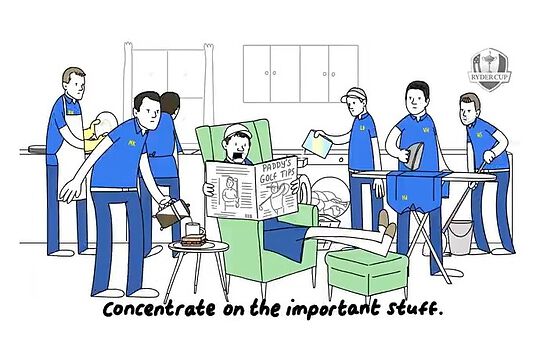 Out Of Context (Credit: European Tour)

If you’ve ever wanted to see Ian Poulter milk a cow, Bernd Wiesberger fart in an elevator or witness Jon Rahm dancing topless on a table, this is the video for you.