It’s been 14 years since the second-biggest golf circuit in the world, the European Tour, hosted back-to-back events in Australia.

Yet that is just one of the exciting prospects revealed in the 2019 European Tour International schedule, released last weekend. 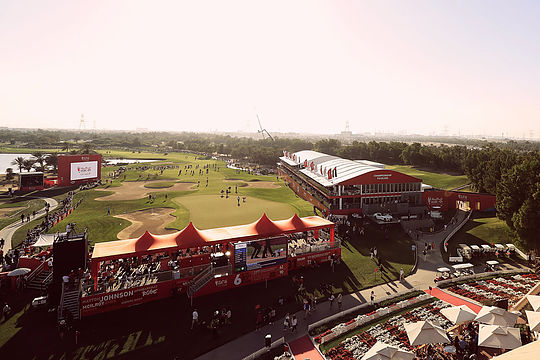 The schedule certainly highlights the expansive 12-month program which will see many of the world’s best golfers contest 48 events in 31 countries across five continents…Europe, Asia, Africa, Australasia and North America.

One of the exciting innovations is the addition of The Vic Open in Australia making its debut on the European Tour in February.

The $A3 million tournament is Australia’s richest and sees men and women professionals play on the same course at the same time for an equal share of the prize fund.

And it precedes yet another innovative tournament on the schedule – the ISPS Handa World Super 6 Perth – which represents the first time the European Tour has staged back-to-back tournaments in Australia since 2004.

There are plenty of other changes and improvements to the 2019 program.

As in 2018 there are 47 tournaments counting towards the Race to Dubai – in addition to the return of the inventive GolfSixes for its third staging in June.

While the Rolex Series tournaments in Ireland and Scotland retain their July date and those in Turkey, South Africa and Dubai remain in November, there are changes for the BMW PGA Championship which moves from May to September, and the Italian Open which moves from June to October, both made to adapt to the ever-changing global golf landscape.

Eight tournaments make up the Rolex Series events, the premier tournament category on the European Tour, each of which has a minimum prize fund of US$7 million.

The Abu Dhabi HSBC Championship has long been recognised as one of the stand-out tournaments on the European Tour and its elevation to the Rolex Series – with an associated prize fund rise from US$3 million to US$7 million – now properly reflects that.

It takes its place alongside the Dubai Duty Free Irish Open, the Aberdeen Standard Investments Scottish Open, the BMW PGA Championship, the Italian Open, the Turkish Airlines Open, the Nedbank Golf Challenge and the DP World Tour Championship, Dubai, in the line-up for the third year of the Rolex Series, which again combines the leading fields with innovative coverage.