As preparations continue for the return of the PGA Tour next month, the European Tour is also blue printing plans to recommence its own schedule.

So far, 21 European Tour events, including majors and World Golf Championships and The Open, have been postponed or cancelled. The British Masters at the end of July is, as it stands, the next event on the European Tour calendar. 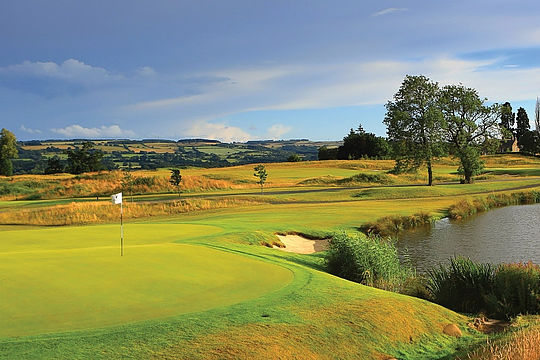 Whilst nothing has been formally announced, a recent memo to players also addressed player rankings and tour status. The full implications of these measures remain unclear in these uncertain times, but it is obvious that going forward the European Tour is going to look very different from what it used to be.

Word has it that the return to competition this summer for European Tour players may also include an extended stay in the United Kingdom. Playing stretches in single countries makes good logistical sense with two-week quarantine regulations in the UK and elsewhere in Europe.

In addition to the British Masters, hosted by Lee Westwood at Close House, the European Tour is “preparing” to add three more UK events at Forest Arden, Hanbury Manor and Celtic Manor. All three new events would reportedly include purses of €1 million, and all three properties can address the logistics of holding an event with minimal travel interaction as they include large, on-site hotels that could cater for participants.

The five-week stretch will all take place behind closed doors and is deliberately at courses with hotels on site meaning players can effectively be quarantined at the course.

The European PGA Championship at Harding Park is the only remaining event on the European Tour schedule in August, meaning officials have some room to either create new events or reschedule some that were previously postponed around that time.

The news will come as a relief to many European based players who also have playing rights on the PGA Tour.

A number, including Tommy Fleetwood have said that they will not be playing on the PGA Tour when it swings back into action next month because they do not want to face two weeks of quarantine upon landing in the US and a further two weeks when he returns back to the UK.