A new system being trialled at last week’s BMW PGA Championship to help speed up play looks almost certain to get the ‘green light’ on the European Tour.

And the new system worked almost like traffic lights – it was colour-coded on five tees, the fourth, seventh, 10th, 13th and 16th. 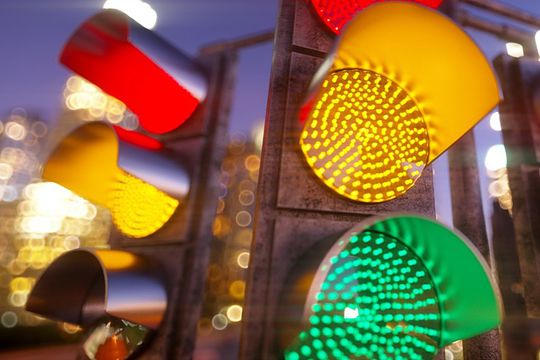 All 44 three-balls were tracked by a GPS system to help referees monitor the pace of play and pinpoint each group’s position relative to those ahead and behind.

According to the European Tour chief referee John Paramor a lot of the players were usually unaware that they were out of position and losing their place in the field.

“So we felt that we would like to find a method that would tell them when they are,” he said.

“So they got that information on five tees. The previous group’s time is recorded when they walk off the green.”

“Then that time will be deducted from that of the next group, who will then be able to tell if they are within time.”

If the number shown is red, that group can expect to be monitored by the rules team soon afterwards.

“If it is green, the players are in good shape and in position with the group ahead.”

“Amber means the group is only slightly out position, but the players should be aware that they are going to have to move a little quicker.”

Paramor explained that he would ideally like to see these numbers available to players on every hole.

“There’s a [GPS] tag attached to someone in each group,” he said.

“It was the score recorders (last week). That also relays information to headquarters.”

“We all need to know where each other are,” Paramor said.

“It’s amazing how much time is wasted when a call comes through for a referee. We are very much in the developmental stage with this but it will be a useful tool.”