Former Test Cricketer Greg Blewett will be hoping that the experience garnered playing 46 Tests and 32 One Day Internationals for Australia will serve him well when he tees up this week in the Australian Interstate Teams Matches at Royal Adelaide, as a member of the South Australian State team.

Blewett, whose father Bob also played cricket for his State, joins a small but illustrious band of athletes who have represented two different sports at State level when selected following a dedication to golf over the past few years. 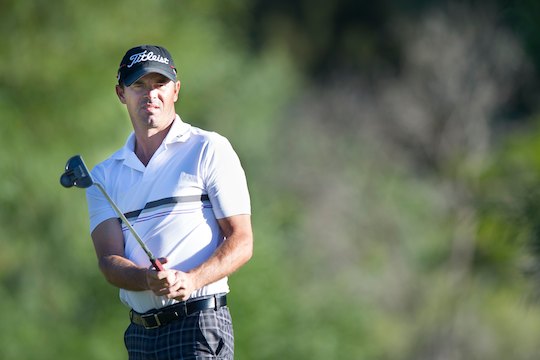 40-year-old Blewett, who describes himself on his Twitter account as a ‘washed up ex cricketer who happens to love his newish job with Foxsports’, has found the balance between his work for Foxsports and the opportunity to work on his game has paid dividends.

Constant play and practice between cricket commentary commitments has seen him reduce his already low handicap to as low as a +2 at his home clubs, Kooyonga and Tea Tree Gully, in Adelaide.

Blewett and his South Australian teammates will face a powerful NSW lineup in their opening match tomorrow (Tuesday May 1) while the Australian Women’s Interstate Series will be played concurrently at the West Lakes Golf Club.