He’s watched the likes of Arnold Palmer and Jack Nicklaus wave goodbye on the famous Swilcan Bridge at The Old Course at St Andrews.

Now three-time Open champion Sir Nick Faldo is preparing for a walk down Memory Lane and across the famous bridge as well after agreeing to play his last British Open this year – the 25th anniversary of his win at The Old Course. 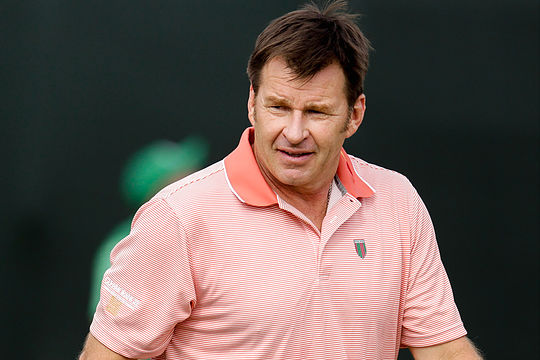 Now’s he agreed for a final tilt at a major – because its St Andrews.

“The Open and St Andrews will forever hold a significant place in my heart,” said the 57-year-old Briton.

“My fondest moments on my journey with this great sport are woven with pictures and emotions in this setting. It all means a huge amount to me.”

“I look forward to celebrating all that golf has given me as I cross that storied (Swilcan) bridge and the wonderful memories I share with many people.”

“I am grateful for it all and grateful to golf.”

Faldo will be joined by American hero Tom Watson, a five-time Open champion, in bowing out of golf’s oldest major from July 16-19.

According to R&A chief executive Peter Dawson: “Nick Faldo is an inspirational figure in British golf and has enjoyed a remarkable career in the Open.

“I’m sure there will be great anticipation among the galleries at St Andrews to see him play in the Open once again and he will receive a rousing ovation worthy of a great champion.”