Queenslander Katelyn Must survived the playoff against Keating and Norway’s Tonje Daffinrud in Yamba to take out her first ALPG title, after the trio had tied at four-under 69. 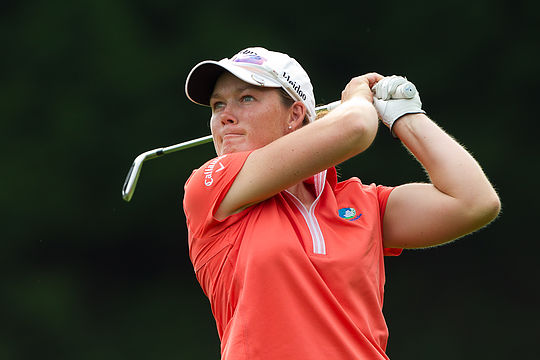 The dynamic end to the season meant that Keating helped herself to $17,750 in prizemoney in just three days, not a bad way to conclude the 2016 ALPG Tour season in which the 29-year old won three events.

“It has been a great season and this is a good way to finish. I have been playing well the past few weeks without seeing the results so it is a good feeling to finish this way.” Keating said.

“Thanks so much to Kevin Gates and Club Car for their sponsorship; it is great that we have the Club Car bonus pool to play for across our pro-ams”

Club Car representative Kevin Gates was delighted to present Keating with her second Club Car Series trophy, while announcing that ClubCar have extended their sponsorship of the ALPG Club Car Series for an additional three years.