It is one of the most sought-after tickets in world sport…and so getting tickets to Augusta National is never easy.

So much so it has cost a Texas family plenty, including some prison time, for orchestrating an elaborate US Masters ticket scheme. 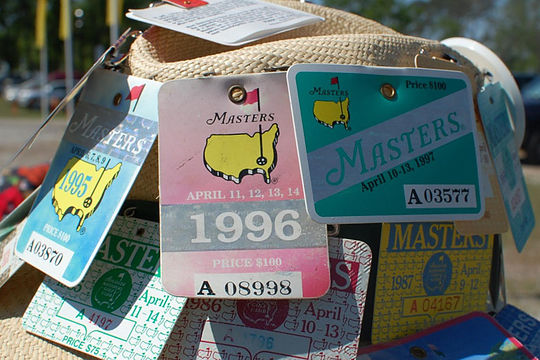 Four members of the Freeman family have pleaded guilty to the charge of conspiracy to commit wire fraud.

They have also agreed to pay more than $275,000 in community restitution, according to the US Attorney’s office.

He agreed to a sentence of 36 months in federal prison and has paid $157,493.70 in community restitution.

That is a sentencing, the court may accept or reject as a plea agreement.

The FBI were called in to investigate the case when it was reported shortly after the Masters in April.

The charge carries a maximum penalty of 20 years in prison.

Steven Lee Freeman and Diane Freeman agreed to pay community restitution of $59,000 each, and with Christine Oliverson, are subject to sentencing by the court.

The four are accused of using names and addresses obtained from a purchased bulk mailing list to register online with Augusta National Incorporated.