Jarryd Felton has started his 2015 international campaign off with a second place finish at the Argentinian Southern Cross Invitational in Buenos Aires.

Felton closed with a 4-under-par 68 to finish with a 5-under-par total with France’s Romain Langasque winning the tournament at 15-under. Sitting fifth coming into the final round, Felton fired one of the day’s low rounds to move into the runner-up position. 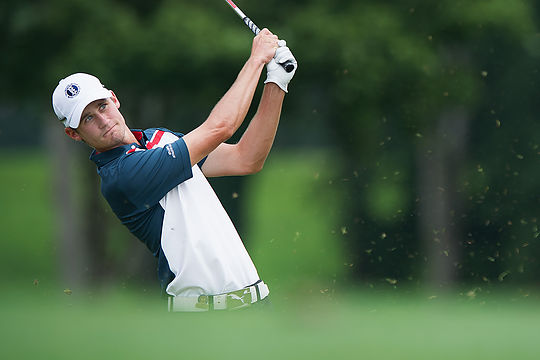 Overall this was a stellar international campaign by Felton with another runner-up finish secured a week earlier at the Argentina Stroke Amateur.

Felton is a chance to enter the desired World’s top-50 moving from 63rd to 57th following his recent international results which come on the back of five top-10 finishes from five starts back in Australia this season including a win at the Dunes Medal.

No Australian is inside the world’s top-10, with Ryan Ruffels our top-ranked amateur at 13th. Four others including Felton are inside the top-60 with Lucas Herbert at 18th, Taylor MacDonald 35th and Cameron Davis at 56th.

Felton has scheduled another 2015 campaign overseas targeting the bigger US international events that attract higher ranking leverages than events in Australia with the aim to break into the World’s top-10 this season before embarking on a professional career.

The Australian contingent playing in Buenos Aires included Cameron Davis who finished in a tie for 5th at 2-under, Cory Crawford in 14th position at 5-over and Brett Coletta in 18th position at 9-over.

The Southern Cross Invitational also features a teams component that was won by France, with Ireland second and Australia third.