Jarryd Felton has sent a stern message that he’s hungry to collect yet another amateur title.

A stellar third round 4-under-par 67 sees Felton with a two stroke margin heading into the final round of the Golf SA Amateur Classic being played at Glenelg Golf Club in Adelaide. 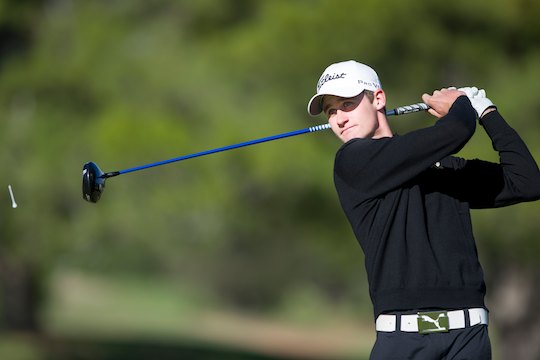 Master of the Amateurs champion, Simon Viitakangas, is in fifth position at 2-over, with Jake McLeod, Cory Crawford and Tim Hyland sharing 6th position at 3-over.

Glenelg has again proved a stern test for these elite amateurs with Felton being the only player currently under-par after three rounds. In today’s third round only six players bettered the par 71 on this challenging and majestic 6234 metre layout.

“Yet the pins were tucked away making scoring challenging. It’s good to be in this position again, there are quality players behind me but you still have to finish off the back nine here and anything can happen over that closing stretch.”

In an ominous sign of what might eventuate come tomorrow afternoon, each time Felton has won he’s lead after 54 holes. Once in front, Felton rarely lets a tournament slip.

“I’ve been in this position before and hopefully I can close it out again. I am pleased with my game and where it’s heading. This is all a stepping stone for my US trip.”

With starts in a number of main US events, including Sahalee, The Players, Western and US Amateur, Felton has a full international schedule pending and would love nothing better than to end his Australian campaign with another win in our final major amateur event before players head to the UK and US tournaments.