Jarryd Felton, a two time winner on the ISPS HANDA PGA Tour of Australasia, will defend a title for the first time at the Horizon Golf NZ PGA Championship starting Thursday. 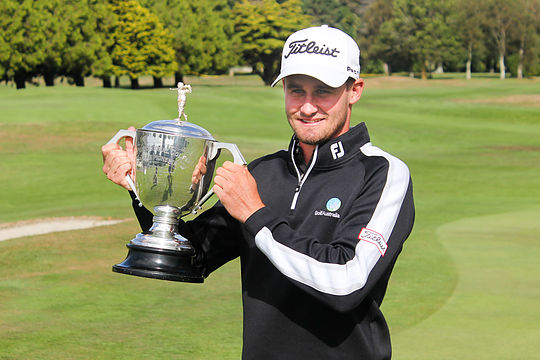 “I’m feeling pretty happy to be back here, I have a lot of good memories, especially of how I played on the back-9 last year and obviously in the play off,” said Felton, who defeated Josh Younger and Ben Campbell in a playoff after he fired a final round of 4-under 67 in 2017.

“Coming down the stretch I was pretty solid and I was playing with Josh (Younger) as well. So it was really good play.”

“Winning once, people kind of think it’s a fluke but winning twice kind of showed everyone and me, that I’m good enough to do it. So lots of good memories and hopefully I do it again this week.”

While lifting the trophy again is on Felton’s mind so too is the European Tour as he focuses his 2018 season around preparing for a tilt at Qualifying School later in the year.

“I know I held the trophy last year but it’s just another tournament really, we’re all just out here trying to play well,” added Felton.

“I played well at the Vic Open and in Perth; I just didn’t do enough to make the third round cuts and then I played pretty poorly last week (at the QLD PGA).”

“I’m trying to work on a few things, on and off the golf course, to get everything all tip top ready for European Tour School at the end of the year.”

“She’s playing really well and she deserves it, she has put a lot of hard work in and it just shows that she can do it.”

The Horizon Golf NZ PGA Championship will be played at Manawatu Golf Club from 22-25 February.