Anthony Quayle has continued to show fine form on the Japan Tour mounting a late charge at the ISPS Handa Championship after closing with an impressive 6-under-par 65 at the PGM Ishioka Golf Club today.

Despite coming up five strokes short of eventual winner, Yuto Katsuragawa, Quayle finished in a share of 6th position and a commendable sixth top-10 placing on the Japan Tour to date. 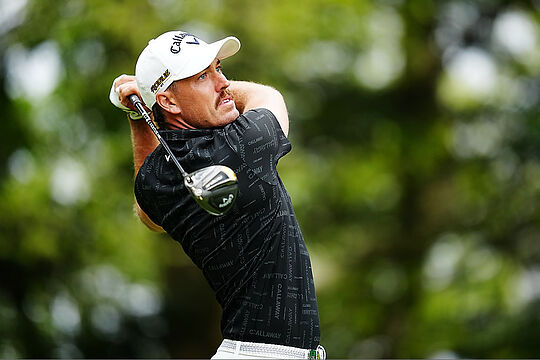 The final round charge by Quayle saw him climb eleven places up the leaderboard.

“I think I did as much as I needed to. I thought I still stood a fighting chance. If only I had a few things gone my way,” said Quayle.

“Without the three bogeys, it could have been a nine-under to put me in a pretty good chance to contend at 22-under overall. But like I said yesterday, for me to make it happen, I would still need some help from the leaders, but they were all playing very well today.”

Quayle was coming off a share of 40th position at the Kansai Open Golf Championship and Sunday’s result is his best so far this season. His career earnings on the Japan Tour currently stand at ¥66,899,973 (A$729,260) as he still searches for his maiden Japan Tour win.

Earlier this year Quayle won the Queensland PGA Championship and was runner-up at the TPS Victoria. After Sunday’s result his world ranking has moved to 318th, with his career best being 231st after finishing runner-up at the 2018 Fiji International.

The Japan Tour moves to The Crowns Championship this week at the Nagoya Golf Club Wago Course. Quayle will have fond memories of this event having finished runner-up in 2018.