While Jason Day was ascending to world number one with his Dell Matchplay victory in Texas, Tony Finau claimed his first PGA Tour victory on Sunday at the Puerto Rico Open.

Finau clinched his first Tour title on the third playoff hole with Steve Marino after sinking a three-foot putt for birdie. 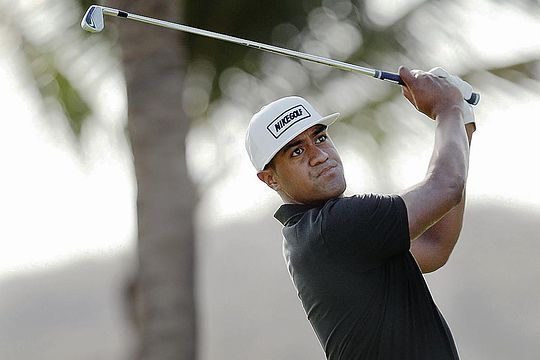 “I think I’m still a little bit overwhelmed,” Finau said. “It probably hasn’t all sunk in.”

“I tried to just stay in the moment really,” Finau said. “That’s what I learned from last year. You can never look too far ahead and you can’t look back, either. I did a really good job of that today even though that putt slipped by in regulation for the win, I knew I still didn’t lose the tournament.”

Ian Poulter and Rodolfo Cazaubon finished a shot out of the playoff at 11-under.

So far in 2016, Finau is averaging seven more yards in driving distance compared to his 2015 season and is currently ranked first on the PGA Tour.

“I haven’t driven the ball better in my career than I have this year,” confirms Finau.

Aaron Baddeley finished the best of the Aussies at T8 with Rod Pampling and Cameron Percy at T26.

Cameron Smith looked a chance at finishing in the top-10 with one round to play but fell away on the final day with a 4-over 76.