Roope Kakko became the second Finnish winner in European Tour history as he carded a flawless nine-under par final round 63 to be crowned the 2015 Madeira Islands Open champion.

The 33-year old finished three shots clear of Scotland’s Scott Henry thanks to a stunning 17-under par weekend, following up an eight-under third round to set a new record for the lowest winning score in the tournament’s history at 24-under par. 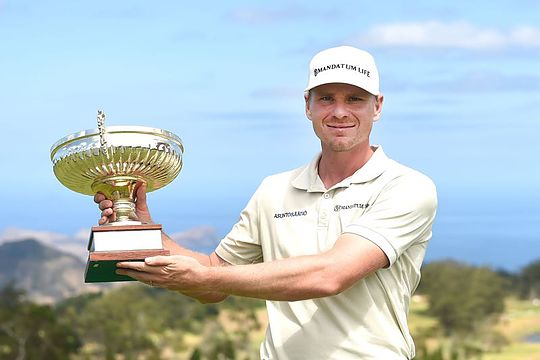 “I’m speechless,” said Kakko. “I came here to try and win this event and change my career so I’m over the moon to have done it.”

“I told myself to just stick to my game plan and eventually I’m going to make a few birdies. I actually targeted a 67 today and I went a bit lower than that, so that was great.”

Kakko joined Mikko Ilonen on the list of European Tour champions from Finland in the process.

“This is definitely the best moment of my career but I have to say that it really helped me to have won two years ago on the Challenge Tour in Oman. I was at a stage where I really needed to win and I did it, and that really helped me today, calmed me down when the pressure was on.”

Kiwi Ryan Fox concluded a highly successful European trip with a seven-under 65 on the final day to join two others in a tied for 10th place. The highlights of a solid month of form in Europe included tasting victory in a Challenge Tour event and qualifying for the Open Championship at St Andrews where he finished in a tie for 49th.

Western Australian Jason Scrivener was the only Australian to make the cut this week and finished in equal 34th following rounds of 72,70, 69 and 71.