Fitzpatrick heads to US buoyed by Nordea Masters win

Talented Matthew Fitzpatrick heads to the US Open in the best form possible after his tearaway Nordea Masters success.

Fitzpatrick, 21 also collected a second Tour victory in seven months winning with a final round 71 for a three shot 16-under par triumph in bright but cold conditions on the Bro Hof Slott course in Stockholm. 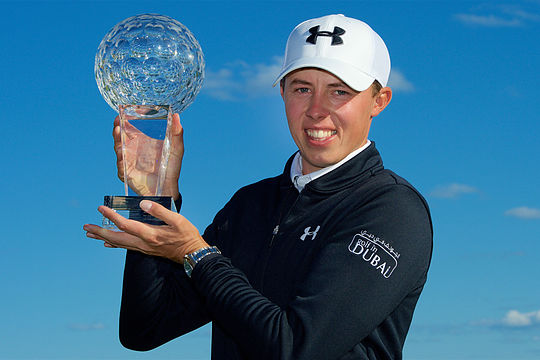 The Sheffield golfer, the second youngest in the Swede field and also the youngest event champion, was never headed after storming three shots clear on day two and then taking a five shot leading cushion into the last day.

He said: “I am just delighted to win as it was a great final day for me and I’m just pleased to be able to hold onto my lead fairly well and get the win.”

“I feel also with this second win on Tour I am a million miles ahead of where I thought I would be in my career.”

The win will not only see Fitzpatrick jump from 45th to just outside the top-30 on the World Rankings but also further cement his fourth place standing on the 2016 Ryder Cup points table.

Fitzpatrick is currently among five rookies inside the top-nine Hazeltine automatic qualifiers.

He said: “I guess I have made another Ryder Cup statement but then I am trying to play down being selected for the European Team as there is still a long way to go.”

“There is still three Majors to be played so anyone can still get into the team, and all I can do is keep playing well and see where we end up come September.”

As well, Fitzpatrick heads to the June 16th starting U.S. Open at Oakmont – his second straight US major on the back of finishing T7th at Augusta in April.

Denmark’s Lasse Jensen was second snatching two eagles in a closing 66 for a 13-under par tally.

Jensen, 22 also secured the one spot into next month’s Open Championship but only after being handed a Royal Troon tee time when Belgium’s Nicolas Colsaerts, who was tied with him with two holes to play, doubled the 17th.

Colsaerst’s did birdie the last in a score of 70 but it was a stroke shy of the Royal Troon prize as had he finished level with the Dane the big-hitting Belgium would have secured the Open by virtue of a higher World Ranking.