Maybe he had something to prove after being left out of the Ryder Cup Captain’s picks last week.

Whatever the motivation, Matthew Fitzpatrick showed grit and determination to defeat Lucas Bjerregaard in a playoff to become the youngest ever Englishman (24 years and eight days old) to secure five titles on the European Tour.

He also becomes the first player since Seve Ballesteros 40 years ago to go back-to-back at the Omega European Masters.

The Englishman began the final round with a comfortable four shot lead but Denmark’s Bjerregaard forced his hand after firing a superb 7-under 63 to set the clubhouse lead at 17-under with Fitzpatrick needing to birdie the final hole just to force a playoff.

The 24-year-old calmly then put his approach to within 12 feet on the first playoff hole to make birdie and secure victory for the second time around the Crans-sur-Sierre Golf Club layout. 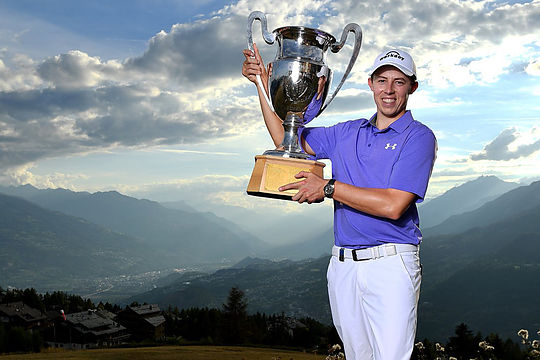 “This is what I wanted to achieve this season – another win,” he said. “To get it here again is so special and to get my fifth is amazing. I love this place.”

“Of all my wins I’d say that was definitely the most difficult. I didn’t have my A game today, despite loving this place I just didn’t play my best today. I managed to grind it out, made some crucial birdies coming in and I’m delighted. This is one of my best,” said Fitzpatrick.

“The up-and-down on seven was key. After just making bogey on six, which is kind of my favourite hole, making birdie there got me back on track and within touching distance.”

“Of all my wins I’d say that was definitely the most difficult. To get it here again is so special and to get my fifth is amazing.”

Last year’s runner-up Scott Hend was the lone Australian to make the cut finishing in a tie for 45th place.