The first round of the Australian Master of the Amateurs got underway today at the famed Royal Melbourne Golf Club in what is arguably Australia’s biggest amateur tournament.

With a strong international line-up including American’s Peter Williamson (No.4 in world), Patric Rodgers (No.13), Brandon Hagy (No.12) and Germany’s Max Mehles, it would be the Australians leading the first round.

Guan Tianlang, winner of the Asian Amateur, Daniel Hoeve, Garrett Rank from Canada, Axel Rannar from Sweden and Scotland’s Ewan Scott are a stroke behind the leaders.

Royal Melbourne again provided a stern test for this elite field, with twenty-five of the fifty-four invited field breaking par. 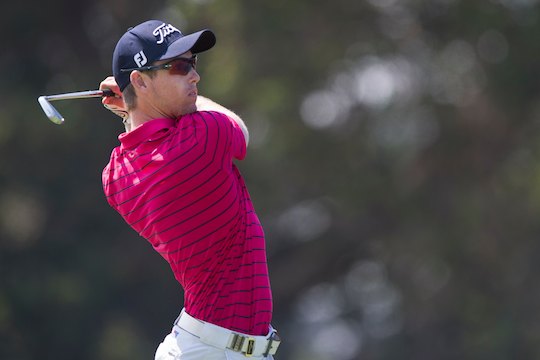 Defending champion, Nathan Holman, opened with a 67 to be in the share of the lead after the opening round of the Australian Master of the Amateurs at Royal Melbourne (Photo: Anthony Powter)

Rich Lamb was the best of the Americans firing a 2-under-par 70, with Walker Cupper Patric Rodgers two strokes further behind opening with a even-par round of 72.

Holman has started his defence of his title perfectly and having grown up on Melbourne’s sand belt, knows Royal Melbourne’s West Course better than any other player in the field.

That will be an advantage as reading the West Course greens takes precedence over length of the tee. 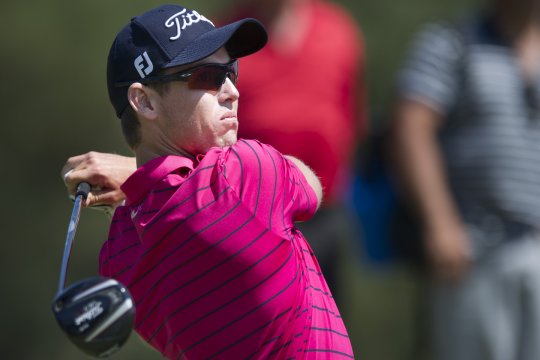 Nathan Holman follows his drive on the 3rd during the opening round of the Australian Master of the Amateurs at Royal Melbourne (Photo: Anthony Powter)

Watt last year was nothing short of stunning winning the Dunes Medal and Keperra Bowl and narrowly missing the Western Australian Open.

Today both Watt and Holman played brilliantly and they will be a real danger to this field. The unknown rests with the internationals.

The more they play the West Course the better they will become and with ten players within three strokes of the leaders and the ever changing Melbourne conditions, this Australian Master of the Amateurs is again shaping up to be another cracker of an event.