Former World No.1 So Yeon Ryu has won the 34th Korean Women’s Open and to top it all off, the six-time LPGA winner pledged her entire winnings of just over $200,000 to help fight COVID-19.

Ryu, who spent a total of 19 weeks at the top of women’s golf in 2017, is known for her altruistic behaviour having donated substantial amounts of money in the past. 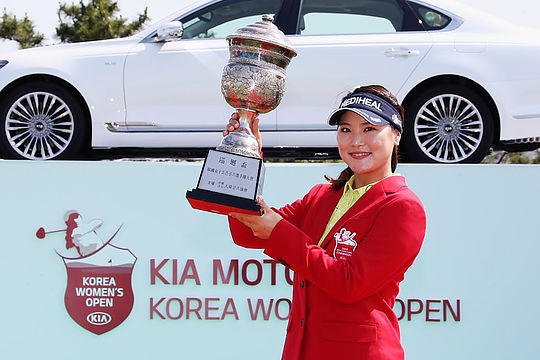 At the 2018 Meijer Classic, she donated $100,000 from her winner’s cheque to charity and earlier this year she pledged half of her winnings from the Victorian Open, where she lost in a playoff, and the Women’s Australian Open to help the bush fire victims in Australia following a devastating summer season Down Under.

“I have a lot of Australian staff; my coach is Australian, my physio’s Australian and I’m surrounded by a lot of Aussies. I came to Australia quite a lot to do winter training since I was 18. I love Australia, you know, food, wine, coffee, but most importantly people are so nice.”

Coincidentally the win in Korea was her first return to professional golf since playing the Women’s Open in Australia in early February.

“Since I hadn’t played for such a long time, I didn’t have such high expectations for myself this week…but I was well rested, and I was able to play well until the very end,” said the 29-year-old.

“Before the awards ceremony, I called my mom. I told her that I’m going to make the announcement so don’t get too surprised. She was just as happy I was. Since this tournament has a lot of meaning to me and I thought that I may be able to play better if I had a positive goal, I came up with it last night.”