The PGA Tour commences its new season in California at this week’s Fortinet Championship at the Trent Jones designed Silverado Resort in Napa.

The season opener provides the opportunity for Tour graduates to keep their momentum from the Korn Ferry Tour to the main stage. Stephan Jaeger, Greyson Sigg, Davis Riley, and Adam Svensson were all two-time winners last season on the Korn Ferry Tour and will be looking to make a flying start. 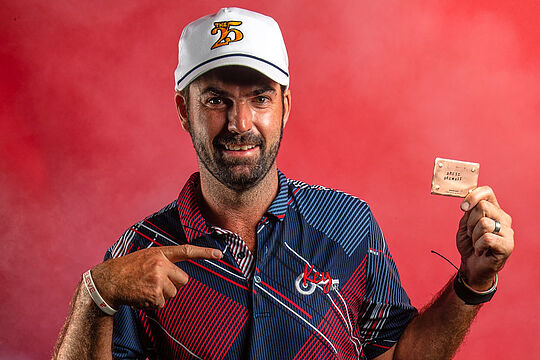 Jon Rahm, who finished runner-up in the FedExCup, heads the field in California. Rahm, who won the US Open and is currently the No. 1 player in the world, recorded a Tour-high 15 top-10 finishes in just 22 events last season. Will Zalatoris will make his debut as an official PGA Tour member and fresh of being named as 2021 PGA Tour Rookie of the Year.

Lucas Herbert will make his debut as a full playing member of the PGA Tour and will join fellow Aussies Marc Leishman, Aaron Baddeley and Brett Drewitt. Cameron Percy has also gained a medical exemption to play.

Drewitt returns to the PGA Tour having previously been a full member back in 2017. Last September Drewitt won on the Korn Ferry Tour at the Lincoln Land Championship with a one stroke victory over Harry Hall, Ben Kohles and Austen Truslow. Drewitt’s best performance on the PGA Tour was a tied 25th at this event in 2019.

No Australian has won this championship, however, Mark Hensby finished runner-up to Mike Weir in 2007, the first year of the event and Steven Bowditch also recorded a runner-up result to Sangmoon Bae in 2015.

Stewart Cink won for the first time since his Open Championship triumph in 2009 at last season’s Fortinet Championship when it was known as the Safeway Open. His win came at 47 years old and in the process he became the oldest winner on the PGA Tour since Phil Mickelson’s Pebble Beach victory in February 2019 (Mickelson was 48).