The horrific weather conditions forecast by the threat of Hurricane Matthew gave the PGA Tour little choice but to cancel the final event of the Web.com Tour – the Web.com Tour Championship – in Florida. 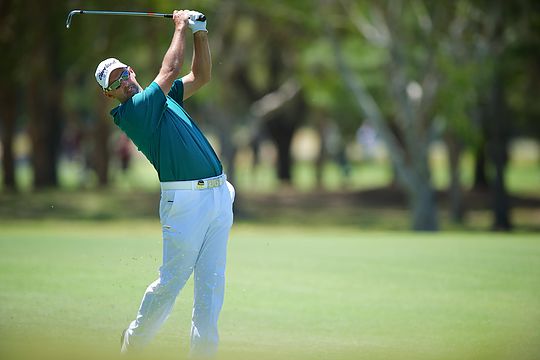 The Web.com Tour Championship was slated as the fourth and final event in the Web.com Tour Finals, whereby the second set of 25 TOUR cards for the 2016-17 season was to be awarded at the conclusion of play.

With the event cancelled, earnings through the first three events of the Finals determined the Top 50 players earning status for the 2016/17 season which commences at the Safeway Open in Napa, California next week, where Tiger Woods will make his long awaited return from injury.

The Top 25 players from the full Web.com Tour season were already guaranteed cards, with the second 25 determined from the Final Series standings.

Australia’s Cameron Percy was sitting in 24th place based on his earnings from the first three events and now takes card No.49 after the cancellation of the final event.