Four Aussies in the hunt as US Amateur gets underway

The US Amateur Championship is underway at the Bandon Dunes Golf Resort in Oregon with a starting field of 264 players playing 18 holes of stroke play from the 10th August (US time) with one round on each of the two qualifying courses, after which the field will be cut to the low 64 scorers. 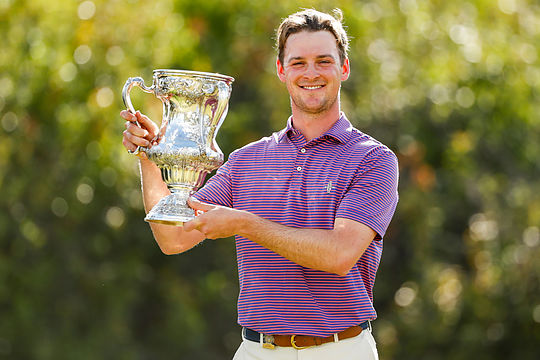 Four Australians have entered including Lukas Michel, who became the first international player to win US Mid-Amateur last year when he defeated Joseph Delaney in the final at Colorado Golf Club.

Jack Trent, a collegiate based Australian at the University of Nevada, is also in the field having advanced to the round of 32 in last year’s US Amateur. The remaining two are Lachlan Barker and Connor McKinney.

Trent opened with a 3-under-par, with Barker and McKinney carding rounds of 4-over-par 76. Michel finished at 4-over-par with the three Aussies needing a low second round to remain in the championship.

Curtis Luck, who now plays on the Korn Ferry Tour, was the last Australian to win the title back in 2016, breaking a 13-year drought following Nick Flanagan’s 2003 victory.

Andy Ogletree returns to defend his US Amateur Championship following his victory at Pinehurst Resort & Country Club in 2019.

The 22-year-old is also the first to attempt to defend his title since Gunn Yang won in 2014 at Atlanta Athletic Club and then lost in the Round of 64 the following year at Olympia Fields Country Club.

Ogletree opened with a 3-over 74 and will need a solid round tomorrow to make the low 64.

Another player to follow is American John Augenstein, 22, who was the runner-up to Ogletree in last year’s US Amateur and who won two singles matches as a member of the winning 2019 USA Walker Cup Team.

Augenstein also reached the Round of 32 in the 2018 US Amateur at Pebble Beach. He earned first-team All-America and All-Southeast Region honours and was the Southeastern Conference Player of the Year as a senior at Vanderbilt University in 2019-20. He posted four top-10 finishes, including a victory in the Desert Mountain Intercollegiate.