Four Australians have progressed to the third round in the British Amateur championship at Royal St George’s golf club in Kent, England.

Min Woo Lee defeated Ireland’s Conor O’Rourke, ranked 260th in the R&A rankings and a winner of the 2016 St Andrews Links trophy, with a 3&2 result. 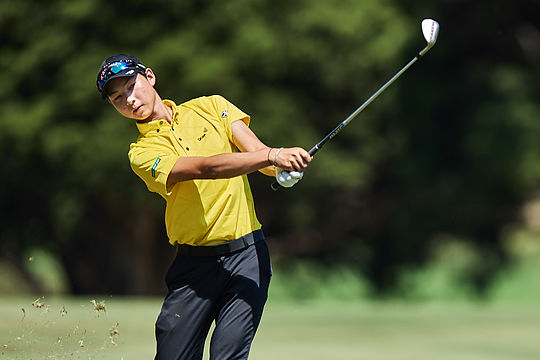 Lee, the reigning US Junior champion will play England’s Charlie Strickland. Strickland is ranked 522nd in the R&A world rankings and has two victories this season winning the McEvoy Trophy (England) and the Duncan Putter (Wales).

Zach Murray is set to met England’s Daniel O’Laughlin after defeating Argentina’s Andres Gallegos, 2&1. O’Laughlin is based in the US collegiate system and has recently moved from the junior amateur ranks where he made the top-16 at last year’s British Boy’s championship.

Harrison Endycott defeated Lars Keunen from the Netherlands, 1-up, and will play Jarle Kaldestad Volden from Norway. Volden is ranked 987th under the R&A world rankings and is a US collegiate based player with his best international result a T3 at the 2015 Norwegian Junior.

Eight Australians had originally qualified for the match play.

Travis Smyth lost on the 19th to Perry Cohen from Switzerland and another product of the US Collegiate system. Blake Windred went down to Norway’s Kristoffer Ventura, 5&4, after defeating Paul Chaplet, 2&1 in the opening round.

David Micheluzzi lost to Ireland’s Paul McBride, 1-down, also in the opening round.

Last year’s Amateur Championship finalist and the highest-ranked player in the field, Robert MacIntyre booked his place in the third round after coming through two matches.

The Scotland international dispatched China’s Zheng Kai Bai, 3&1, in the morning and defeated Australia’s Ben Ferguson, 3&2, in the afternoon.