The international quartet fired rounds of 4-under 68 to be just one stroke clear of the field at Lake Karrinyup Country Club. 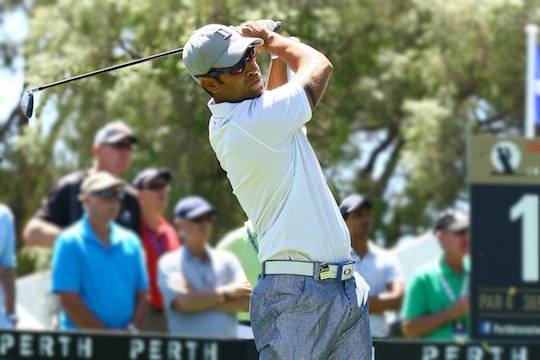 “I sort of had mixed emotions coming in this week, but the game is there. I’m very happy to be at 4‑under through the first round,” said Nitties who missed the Web.com Tour playoffs by one spot on the moneylist.

Tasmanian Clint Rice said his performance today was all about pre-tournament preparation.

“I was a bit under prepared last year. I didn’t really treat the course with enough respect. So I took a different approach this year.”

Rice’s preparation paid off as he posted a bogey free round to kick start his tournament.

Johnson was pleased with his first round of 3-under 69 after struggling with his health in the lead up to the ISPS HANDA Perth International.

“I’m feeling way better than I was. I just have a little bit of a cough which is okay. I’m back to where I feel good enough to play good golf,” said Johnson.

“I think I’ve got a pretty good game plan for the golf course. Coming into the greens is just where you’ve really got to think about the shot you’re hitting and where you want to hit it.”