Rickie Fowler chased down Henrik Stenson on the back nine Monday in Boston to win the Deutsche Bank Championship for his third title this season and fourth of his career after collecting The Players, Scottish Open, and now a FedExCup Playoff event.

As the final pairing started the back nine, it appeared that Stenson would cruise to his second Deutsche Bank Championship in the last three years. The lead grew to three shots at one point but then it came undone while Fowler refused to make a mistake.

Fowler nailed a birdie putt from almost 40 feet at the 14th hole to get his momentum firing which pulled him to within a shot of Stenson. The early signs of a pending victory showing.

Two holes later, Fowler would have the lead thanks to a Stenson error when his ball ended up just short of the green in the water at the par-3 16th, resulting in a costly double bogey.

Fowler carded an eagle, two birdies and two bogeys to finish at 15-under to win by a stroke from Stenson, whose double-bogey five at the 16th proved crucial. 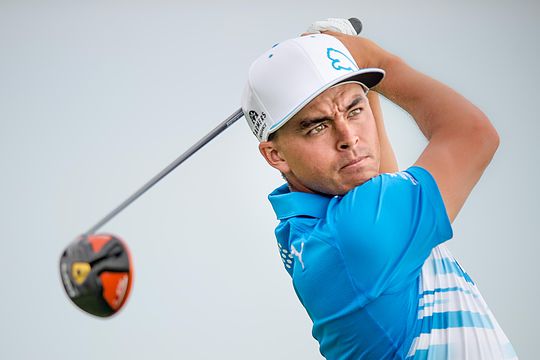 “I just kind of hung in there today,” said Fowler, whose maiden professional win on the PGA Tour was at the 2012 Wells Fargo Championship.

“It’s pretty special. I’ve been playing well the past couple of years. It was just a matter of time before I knocked down the door.”

He moves up 19 places to No. 3 in the FedExCup standings behind Jason Day and Jordan Spieth, with Stenson at No. 4 and Bubba Watson at No. 5.

John Senden was the other Aussie to make the cut finishing in a tie for 33rd position at 2-under. Marc Leishman and Steven Bowditch missed the weekend.

With official rankings still to be finalised, it looks as though Leishman and Senden will narrowly miss the Top 70 for the BMW Championship in a fortnight. On current projections, Leishman will finish at 72nd on the FedExCup standings with Senden another place back at 73rd.

The PGA Tour will take a one-week break next week as players rest for the final two tournaments of the playoffs.