The new World No. 4 ranked Fowler captured a second European Tour counting event in six appearances since his victory at Gullane after fighting back from a near crippling seventh hole double bogey to then eagle the eighth on route to a 69 and a one stroke 16-under par winning tally. 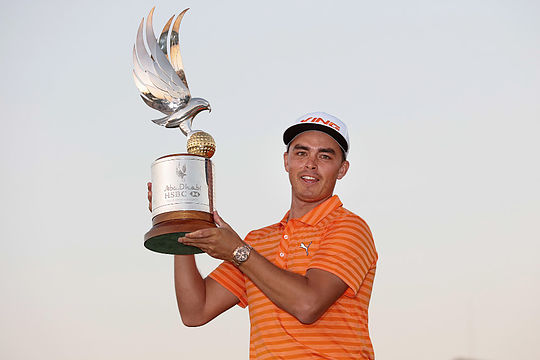 It is also Fowler’s fourth taste of success since being handed the Aberdeen Asset Management Scottish Open.

And Fowler could not help but point out he’s won one of the bigger European Tour events and nine months out from the Ryder Cup that commences on September 30th at Hazeltine.

“I felt like I had a lot of support out there. Clearly, Rory is a very big favourite around here, and the other Euros, as well.”

“I know Jordan and I both enjoy being over here; Jordan, being his first visit, he really enjoyed his week from what I have heard from him.”

“So yeah, this is a great win, like I said, it’s a bonus that it’s a Ryder Cup year and that we came over here and got a win on the European Tour.”

As well, Fowler’s win further reinforces the new generation of younger players gripping the ancient game with the average of the top four, including World No. 1 Jordan Spieth and World No. 2 Jason Day, just 25.75 years.

“Golf’s in a really good position right now,” he said.

“Seeing what Jason (Day) did last year, what Jordan did all year, still doing it, and Rory, he had a ‘not-so-good’ year and still won four times.”

“But then I’ve also got my sight on No. 1 in the world, that would be the ultimate goal, but I’m up against some pretty tough opposition.”

It is the first time in Fowler’s six-year pro career he’s won his first event of a new season and with six victories worldwide the next goal for the passionate orange-clad Oklahoma State supporter is a Masters green jacket.

“It’s a great way for me to start a New Year and it’s nice to have the game where it’s at right now going into the season, instead of trying to work on things and trying to find stuff,” he said.

“Right now, I can go and fine tune and really start to build up for Augusta. I’d say this is really the first time I’ve had it, in my career and at this early time of year, so I feel good about my game knowing how quickly where it’s at.”

“So I’m excited. I know all the players out here are always trying to get better, and that’s now my goal moving forward, to be ready for Augusta.”

Belgium’s Thomas Pieters (67) was outright second at 15-under par with World No. 3 Rory McIlroy settling for his fourth top-three Abu Dhabi result in the past six years shooting a 68 to finish alongside Henrik Stenson (67) on 14-under.

Wade Ormsby finished the best of the Australians in the field at 6-under and equal 26th. Brett Rumford was another shot back at 5-under (T35) with Scott Hend rounding out the players who made the cut in a tie for 54th place.

Nathan Holman’s first European Tour tournament since winning the Australian PGA title and a European Tour card in December didn’t go well with rounds of 78 and 74 leaving him languishing near the bottom of the leaderboard.