Rickie Fowler has indicated that he will play the Australian Open and Australian PGA championship this summer.

It will be Fowler’s first Australian appearance since turning professional. 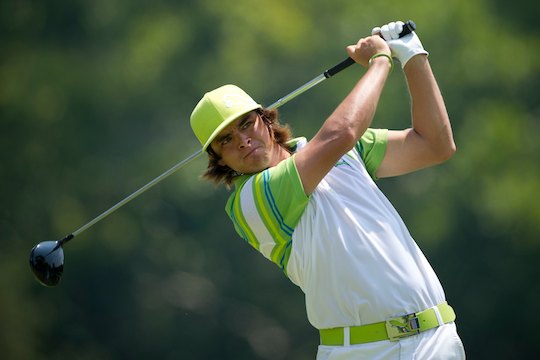 The world number 27 has toured twice down under in 2008, playing the Master of the Amateurs and at the World Amateur Teams Championship in Adelaide where he secured medallist honours as the lowest individual scorer for the event.

After the 2009 Walker Cup, Fowler turned professional and played the Albertsons Boise Open on the Nationwide Tour for his pro debut.

In September 2009, it was announced that Fowler signed a multi-year equipment deal with Titleist as well as a clothing deal with Puma in the same month. He has since signed a deal with Rolex.

Fowler is the only player in history to be the NCAA’s Player of the Year as a freshman, and one of the fastest to have a shot at his PGA Tour card to earn the 2010 PGA Tour Rookie of the Year award.

In September 2010 he was chosen as a captain’s pick for the US Ryder Cup team.

At age 21 years and 9 months, Fowler became the youngest US Ryder Cup player ever and it is anticipated that he will be selected to represent the US at the Presidents Cup at Royal Melbourne in November.

One of the most exciting players on Tour, the news of Fowler coming to Australia will support what is shaping up to be a stunning summer of golf down under.