Former Australian open champion Peter Fowler completed a unique Open double when he swept to a six-victory in the final round of the 2012 ISPS Handa Australian Senior Open at Royal Perth last weekend. 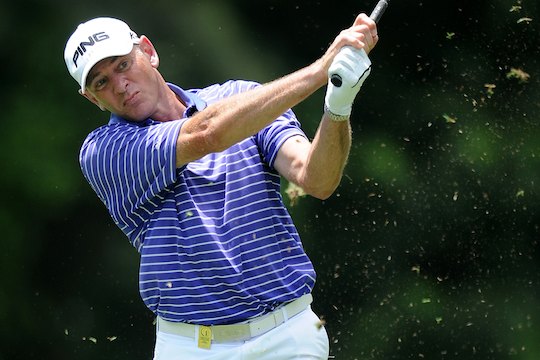 Fowler was out of the boxes quickly on the final day with a birdie three at the opening hole before adding further birdies at holes four and seven to all but seal the deal.

He reached the turn at two-under-par and maintained his margin throughout the back-nine for an easy win.

Fowler later paid tribute to his coach and caddy Craig Bishop for “getting his head right and turning his game around since 2010”.

An emotional Fowler also thanked his wife Kim and family at their New Zealand home for their unbowed support over a long [and impressive] golfing career.

He joins a growing list of champions of the prestigious title including Wayne Grady, Mike Harwood and Peter Senior.

Mike Clayton finished with the round of the day, shooting a five-under-par 67 to finish in the tie for fourth with local star Tim Elliott.