Ryan Fox had to make a late swap from a boat to a plane after being handed a last minute place in the field for the WGC-Mexico Championship.

The New Zealander claimed his first European Tour title at last week’s ISPS Handa World Super 6 Perth and his planned fishing trip was due to double as a celebration until he received the call to head to Chapultepec Golf Club. 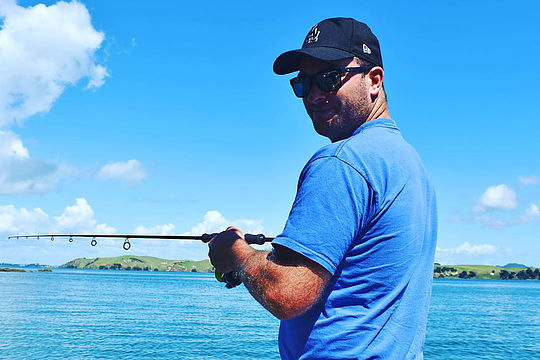 Super 6 winner Ryan Fox had just one day off before receiving a last minute call-up for the WGC-Mexico (Credit: Instagram)

J.B. Holmes withdrew from the season’s first World Golf Championships event after his victory on Sunday on the US PGA Tour and when fellow American Andrew Putnam also pulled out, Fox was in the field.

The big hitting 32-year-old flew from Auckland to San Francisco and then on to Mexico City, spending 18 hours in the air and landing in the capital on Wednesday night.

He did not have time for a practice round and the whirlwind continued as he teed off in the second group on day one, carding a 72 in his third World Golf Championships appearance.

“I was planning on a fishing trip last week and I actually got a day out on Tuesday,” he said. “I think I was sixth or seventh reserve at the start of the week so you don’t think you’re going to get in a WGC from that far away.

“So I did get one day off and I might have had a couple of glasses of wine in there but it’s been a pretty hectic last four or five days.

“I actually felt all right for most of the round and it sort of really hit me on sort of 13, 14 and I kind of felt drunk almost the last five or six holes – limbs flying everywhere, I was lightheaded and I hung on pretty well.”