New Zealand golfer Ryan Fox has his eyes set on higher honours as he reflects on a breakthrough European Tour victory at the World Super 6 tournament last week in Perth.

After playing well in strokeplay to qualify for the matchplay portion of the tournament, Fox then played bogey-free golf to dispose of four opponents on his way to his first European Tour title, and the first by a New Zealand male in 10 years.

Fox accounted for Spaniard Adrian Otaegui in the match play decider on Sunday, winning the six-hole shootout with two holes to spare, with the victory earning him a handy A$258,330 winner’s cheque. It’s his first tournament title since 2016, when he won on the secondary European Challenge Tour.

The Super 6 format of stroke and match play obviously was to Fox’s liking, enabling him to capitalise on his power game to dominate the match play encounters. Fox simply out bombed his opponents to gain the advantage. 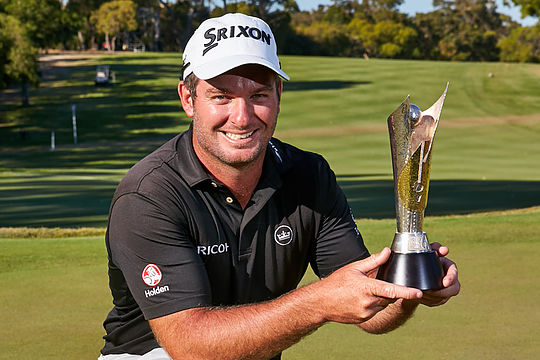 “I’ve always liked matchplay, said the 32-year-old Fox. “I played a lot of matchplay as an amateur and generally played pretty well. Having not played it for about eight years, I knew at least I had some history there. I played some decent golf the whole week and it was nice to carry that into the matchplay as well.”

Fox’s win on Sunday has launched him up 19 places to 66th in the world rankings, putting him on the verge of gaining entry into some of the world’s biggest tournaments including the World Golf Championships Matchplay in Texas where the top 64 golfers in the world are invited to compete for the title.

“It certainly will free things up for the rest of the year,” said Fox.

“I can go on feeling confident that if I play well, I can compete with anyone in the world and I think that’s a pretty dangerous place to be.”

If Fox’s consistency last season is any indication, 2019 could be shaping up as quite a year for the Kiwi.

When he makes comments that he can compete with the world’s best, you have to take it seriously. Fox certainly has proven his worth on the European and world tour.

Australian Brett Rumford took out the inaugural World Super 6 in 2017, while Thailand’s Kiradech Aphibarnrat won it last year. But with the tournament’s initial three-year contract now completed, there’s no guarantees the event will be handed an extension.

Fox now prepares for next week’s New Zealand Open, before taking time off for his wedding, and then playing at the Maybank Championship in Malaysia.