Steven Fox made an 18-foot birdie putt on the 37th hole to defeat Michael Weaver and win the 2012 US Amateur Championship at Cherry Hills Country Club in Colorado.

Fox, who like Weaver advanced to match play as one of 14 survivors of a 17-man playoff earlier in the week, becomes the highest seed (63) to win the championship title since the United States Golf Association began the seeding process in 1985. 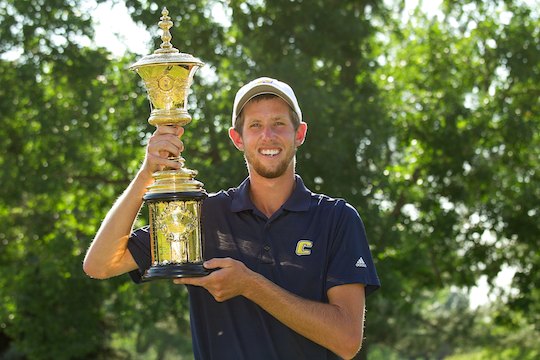 Fox, who defeated Chris Williams, the world’s top amateur player, in the quarterfinals, was consistently two holes behind Weaver in the final until he rolled in a 17-foot birdie putt to win the par-3 15th.

Fox had rallied from two down with two holes to play to win the title in extra holes.

Weaver had an opportunity to wrap up the match on the 36th hole, but his 5-foot par putt hit the back of the hole and spun out.

“This is unreal” said Fox, a University of Tennessee-Chattanooga senior.

“I mean, it doesn’t even feel real. The whole week is like a dream to me.”

Fox receives an exemption into the 2013 British Open while both finalists qualify for next year’s US Open – provided they remain amateurs – and may also get invites to the 2013 Masters Tournament.